Here is some glimpses of a longer story Im working on. Right now Im in the stadium of developing the story and characters, but I can show you some of it. Below are the two lead characters, their names are visible in red text.

S:Jimmy?J:Hm?S:Jimmy dont you think it would be great to go for a walk?J:What? Do you want me to go?S:No, I meant that we shall to go for a walk. I have some things to speak to you about.J:Uhm ... Is it about your bathroomrugs?

S:What? No -- J:Because it wasnt me.S:This is not about--J:It was Oskar.S:Listen to me Jimmy--J:We were trying something but things got out of hand. we were pretty drunk.I've spoken to the neighbours now anyway and they are quite okay with the whole situation. The dog is still a bit upset, though. As long as we clean up the yard they wont press charges. And dont worry about your bathroomrugs, I'll find new ones. Everythings gonna be alright baby, I promise!

S:Jimmy ... It's not that I dont appreciate your attempts to resolve the situation ... And it's not that I'm not curious about what the hell youve done tp my bathroomrugs ... It's just that the things I want to talk about is so vastly more relevant to you and me right now! So can we please take that walk? 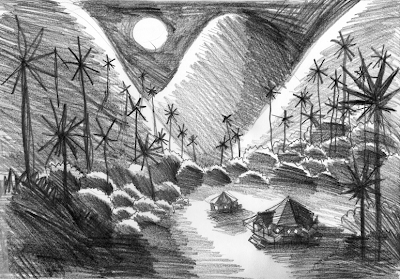 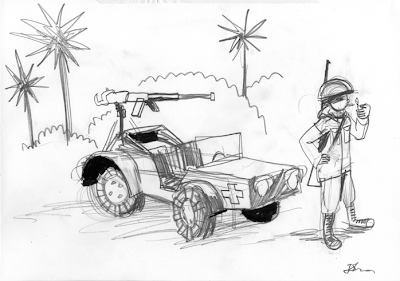 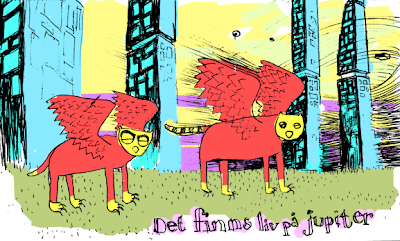 A trip down memory lane

I will show you some more pictures from last summer, they are all from the same sketchbook.

I have just been sitting indoors and watched tv-shows and felt sorry for myself since yesterday, just like I promised! 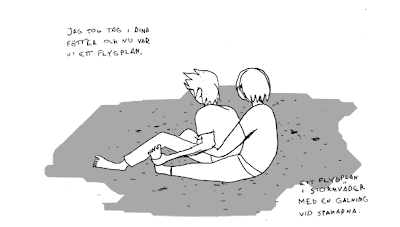 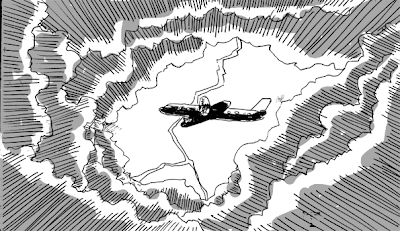 I grabbed your feet and now we were an airplane.
an airplane in stormy weather with a madman at the wheel.

... but it is in swedish, and since I am sick I dont have the power to translate. My illness is affecting my translation-nerve in my brainsystem. For all you english readers I can tell you that it's about facial hair, and for you swedish people ... lets just say I had a very boring (last) summer. 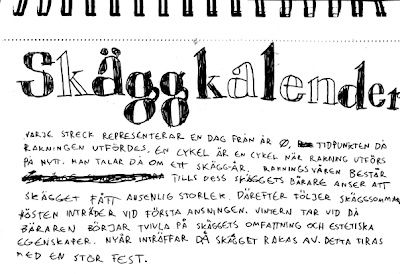 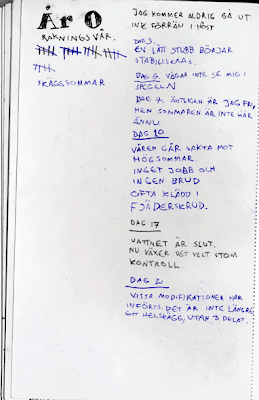 Therefore I cant be able to go to Gothenburg this weekend as I was thinking.
Instead i give you some pictures i did last summer. And im going to spend the rest of my day feeling sorry for myself and watch tv-shows. 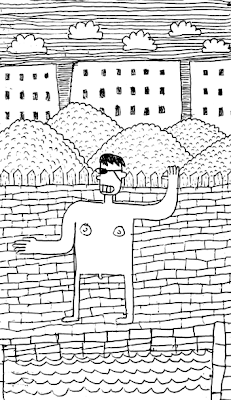 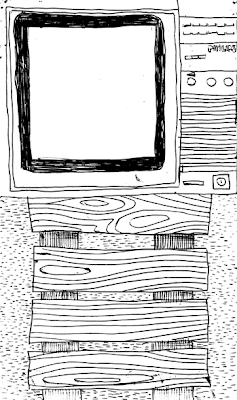 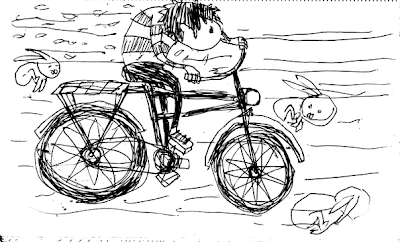 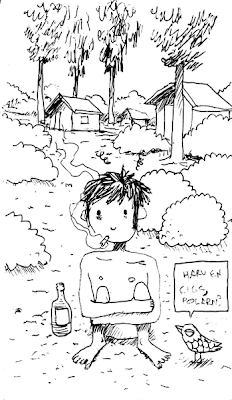 Happy birthday to me!

So, this is the day. 24 years ago I took my first breath and here I am. Blogging. I will celebrate this glorious day by putting up two comics!
COMIC NO. 1 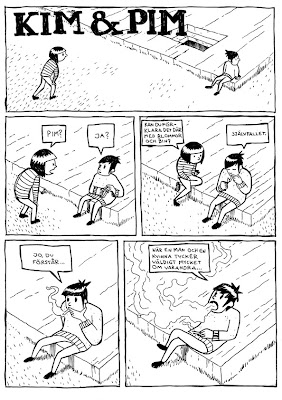 Kim & Pim
Kim:Pim?
Pim:Yes?
Kim:Can you explain the thing with the birds and the bees?
Pim:Certainly.
Pim:Well, you see ...
Pim:When a male and a female likes each other very much ... 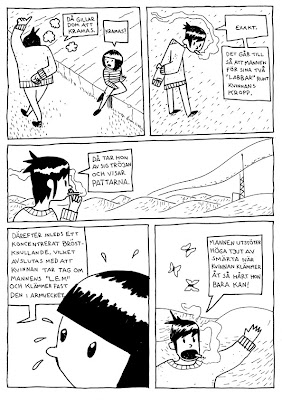 Pim: Exactly. It is performed like this: the male puts his two "paws" around the females' body.

Pim: Then she takes of her sweater and shows her titties.

Pim: Shortly thereafter a focused breastfucking is begun. It ends by the female taking the males "limb" and squeeze it to place in the hollow of her arm.

Pim: The male is letting out highpitched sounds of pain when the female is squeezing as hard as she can! 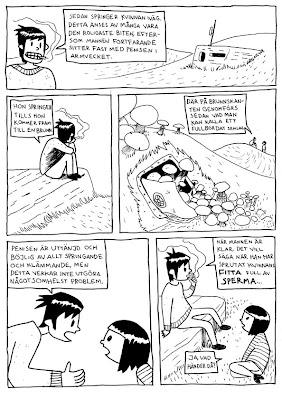 Pim: Then the female runs off. This is by many considered the funniest part, since the male is still attached with his penis in the armpit.

Pim: She runs until she comes to a well.

Pim: There, on the brink of the well, a what you can describe as an accomplished sexual intercourse is performed.

Pim: The penis is streched out and supple from all the running and squeezing, but this doesnt seem to be the slightest problem.

Pim:When the male is done, in other words when he has squirted the females PUSSY full of SPERM ...

Kim: Yeah? What happens then? 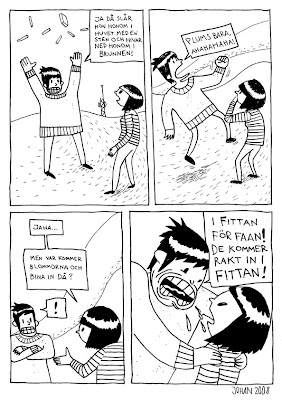 Pim: Well then she hits him in the head with a rock and throw him in the well!

Kim: Okay ... But where does the birds and the bees come in?

Pim: IN THE CUNT, GODDAMMIT! THEY COME STRAIGHT INTO THE CUNT!

This comic was first published in color in the swedish comics magazine Hjälp! (Help!) no. 6 2008.

My wallet came back in a letter from the police department in Stockholm. All the cards and receipts and useless cents were still in it. Thank you, police department! I don't post so many pictures these days because Im having trouble staying online. I can tell you that I currently am working on an adventure-story and I also do illustrations for Hazelhill. I'm gonna be published with a 12 page story in the next issue of Galago and my report on the Crack! festival will be in print soon in the next issue of Bild och Bubbla. A lot of things is happening!
Upplagd av Johan kl. 05:10 1 kommentar:

Where is my mind?

I went to Arvikafestivalen, a nice music-festival. I drew some comics at the Galagotent, and listened to some great bands. This is the first picture I did after coming home again.

I came home to Sweden to my familys summerhouse in the archipelago. I had nothing much to do and I dreamed this dream.

Johan:Please don't let me wake up from this daydream please.
Bird:Yeah because in reality you're smoking your lungs away in an dusty old fortress in Rome.
Upplagd av Johan kl. 10:35 2 kommentarer:

Nina Bunjevac made me do it!

Nina Bunjevac and I was sitting on a bench discussing music.